Intro to Yarn Bombing 101
Wait, what is a yarn bomber?   We at the studio want to introduce you to the concept of yarn bombing.   Many of you have already been introduced to the concept and this is old news to you.  Those of you new to the concept may be chuckling all day.....you may never look at a fence the same way. Instead of seeing something that is meant to contain or prevent access....you will see something that your hook or needles wants to brighten up. 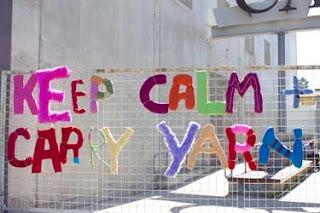 According to  Wikepedia  the definition of yarn bombing is: a type of graffiti or street art that employs colourful displays of knitted or crocheted yarn or fibre rather than paint or chalk....;Wikipedia has  a number of references that state that "Yarn bombing was initially almost exclusively about reclaiming and personalizing sterile or cold public places. It has since developed with groups graffiti knitting and crocheting worldwide, each with their own agendas and public graffiti knitting projects being run.

Below are random images of yarn bombing through out the world, however Hana found a bomber with a purpose and she scored an interview! 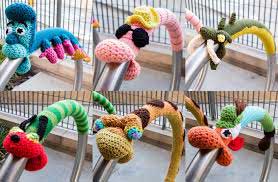 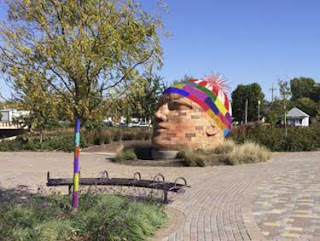 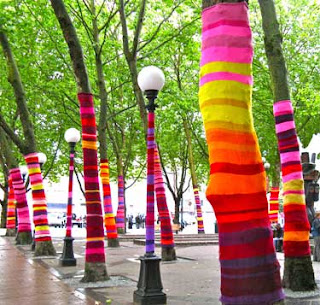