Is there any sight more peaceful than a field of grazing sheep? From afar, their woolly white bodies dot the green field, an echo of the fluffy white clouds in the blue sky above. Their heads bent to the task of turning sweet grass into wool, a flock of sheep reminds us that life can be full and simple at the same time.
Here at River Colors Studio, we love wool in all its forms: spun and unspun, dyed and natural. We love the variety of textures of wool from different breeds: the rustic warmth of Icelandic Lopi, the plump cushion of Malabrigo merino, the heathered loft of Shetland Spindrift, the Rambouillet bounce of Swans Island All American Collection, the exquisite softness of Woolfolk's extrafine merino.

Interested in more sheep facts? Many of these came from 25 Surprising Facts About Sheep.

Come to River Colors Studio on Saturday, June 25 from 10:00 am to 3:00 pm to buy Cestari yarns. Francis Chester of Cestari Yarns will be here  with all of the Cestari yarn blends, plus rugs and cones of yarn.  He will tell us about his adventures as a sheep farmer in the Blue Ridge Mountains of Virginia.   After you meet him you might believe that he will have an impact on the states with the highest number of sheep! 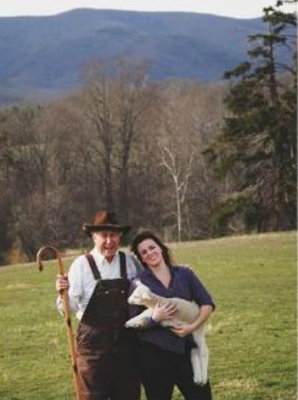